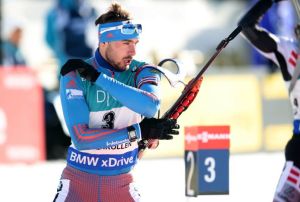 We had the final Pursuits of the season in Holmenkollen on Saturday. It was still windy but sunny and the conditions caused a little difficulty like they did in the Sprint.

Mari Laukkanen was amazing today. She won the Pursuit comfortably and was never troubled by anyone else for the lead. Her only mistake was missing a target on her final standing shoot but she had enough of a gap to second not to bother her too much. She is on fantastic ski form and her shooting is the best it’s ever been. After winning the Sprint, her first ever victory yesterday, she was full of confidence starting the Pursuit.

If you listened to a certain commentary team however you may have thought differently. They gave her no chance at the start and didn’t see her winning even after she hit 15/15 on the first 3 shoots. Please remember biathletes are not just their statistics! It’s not a case of ski stats + shooting stats = result. There is a lot more to it as Mari showed today.

Second place went to Gabriela Koukalova who shot the perfect 20/20 to move from 4th onto the podium. Third place went to Justine Braisaz who missed 4 shots and gave her no chance of fighting for the win. Teja Gregorin finished 4th, her best performance of the season, missing just 1 target. Lisa Hauser came from 22nd to 5th hitting 20/20 and Marte Olsbu was top Norwegian in 6th.

Kaisa Makarainen moved from 27th to 7th, Laura Dhalmeier went from 31st to 9th to win the Pursuit title and Lisa Vittozzi went from 46th to 16th.

This was where Mr. Pursuit showed just how good he is in this event. Shipulin shot clean and the other two both missed a target. Shipulin won by 5 seconds but Fouracde and Boe had to fight it out on the tracks for second. Fourcade attacked on the uphill and Boe didn’t have the energy to match him. That makes 21 podiums for Fourcade this season.

Freddie Lindstrom moved from 15th to 4th shooting 20/20, Lukas Hofer went from 21st to 5th and Julian Eberhard went from 10th to 6th.

Don’t cry but tomorrow is the final day of the World Cup season! It’s the Mass Starts though so it should be a good one!