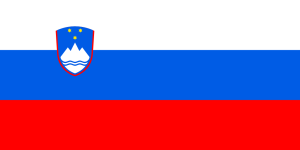 The final round of the World Cup before World Champs got underway in Pokljuka on Thursday. The men’s individual was the race and the tracks are slightly different this year. I guess they had to make them harder for the World Champs next year!

It was business as usual for Johannes Boe after coming back after the birth of his first son Gustav. He shot 20/20 and as we know if he doesn’t miss a shot he wins! It was like he has never been away!

Second place went to Martin Fourcade who also shot the perfect score but isn’t fast enough to challenge Johannes on the skis. He finished 11 seconds behind the Norwegian.

In third place was Fabien Claude who also hit 20/20 to achieve his first World Cup podium and a new personal best. It’s actually a remarkable performance after the news that his father, is missing after his snowmobile crashed through ice on a frozen lake in Canada.

Philipp Nawrath also hit all the targets finshing fourth to collect his personal best. Johannes Dale was 5th with one miss and Uncle Tarjei was 6th also with 19/20.

The only other man to hit 20/20 was Kirill Streltsov. If you follow the juniors you will recognise the name and the talent! Coming 17th on your World Cup debut is pretty good! Jinle Tang and Simon Bartko also got their best results so far in 43rd and 44th.

On Friday the women raced in sunny conditions and this time a Norwegian didn’t win the race or even get on the podium! It was Denise Herrmann who took her first win in the individual shooting 20/20 for the first time in this race. Hanna Oeberg was second despite missing a target so she must be on incredible ski form finishing just under a minute behind Herrmann.

Third place went to Anais Bescond who hit 20/20 for her first podium of the season. Lisa Vittozzi hit 20/20 to take 4th which is good news for her with the home World Champs coming up soon. Franziska Preuss was 5th also hitting all the targets and Clare Egan was 6th with the perfect shoot to claim her best ever finish in an individual race.

Aita Gasparin took a personal best in 9th with 19/20 as did Christina Rieder in 21st with a perfect shoot. Belgium’s Lotte Lie was 53rd on her World Cup debut hitting 20/20 and Irina Starykh was the only other women to hit 20/20 in 8th place. 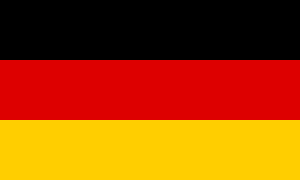 It was a beautiful sunny day that greeted the biathletes for the first race of the season! Of course it wasn’t!!! It’s Oberhof! It was foggy and damp! Just the way it’s supposed to be!

The women started off 2020 with the sprint and the Norwegians continued their domination of the World Cup so far. However this time it was Marte Olsbu Roeiseland who won. She shot the perfect 10/10 in difficult conditions on the range and skied very well to win by 33 seconds.

Denise Herrmann finally gave the German women’s team something to cheer about and pleased the home crowd by finishing second. She missed one shot in the stand. Third place went to Julia Simon who missed one in the prone but skied well to finish on the podium ahead of Dorothea Wierer who also missed 1.

Tiril Eckhoff was 5th with 2 misses and Paulina Fialkova was 6th with 1 miss.

The men’s sprint on Friday had less fog but heavy rain overnight destroyed the tracks and left just the 2.5km loop available for the race. That meant the men had to ski 2.5 km, shoot prone, ski 5km and then shoot stand and then ski the final 2.5km. The man who coped best with this was Martin Fourcade. He hit 10/10 and skied well to take his second win of the season. With Johannes Boe at home awaiting the birth of his first child they were valuable points for the Frenchman.

Second place also went to France with Emilien Jacquelin getting his third podium of the season. He missed 1 shot but if he had hit 10 he would have been very close to the win. Third place went to Johannes Kuehn who also missed 1 target.

There were personal bests for Raman Yaliotnau in 14th and Vytautas Strolia in 20th. There were also a couple of crashes for Simon Bartko and Kalev Ermits but both were unhurt.

Tarjei Boe managed to forget his penalty loop and had to ski back up the hill to take it! OOPS!

We are back in Oberhof! Or are we? Snowy,calm conditions – are you sure we are in Oberhof? Yes we are and we should enjoy winter now that it has arrived!

The first race after the Christmas break was the women’s sprint and I am sure Lisa Vittozzi didn’t mind her late gift. She won comfortably on Thursday shooting clean and leading the field by five seconds to take her first ever win on the World Cup. It has been on the cards for a while now and she deserves to make it on to the top step of the podium.

Second place went to Anais Chevalier following up her third place in the final race of 2018 the mass start in Nove Mesto. She also shot clean and managed to stay ten seconds clear of the third place finisher Hanna Oberg. She also shot clean as did Iryna Kryuko in 5th and Vita Semerenko in 6th. It was only 4th placed Marte Olsbu Roeiseland who spoiled the top six all shooting clean by missing 1 target.

The USA had a great day with Susan Dunklee in 10th and Clare Egan in 13th. Dzinara Alimbekava got her personal best finish in 25th as did Susanna Meinen in 39th, Tuuli Tomingas in 42nd and Karoline Knotten in 50th. It wasn’t the best day for our leaders with Paulina Fialkova in 21st, Dorothea Wierer in 24th and Kaisa Makarainen in 44th.

Oberhof was back to normal on Friday for the men’s sprint with some fog and wind! We knew it wouldn’t last! From last to first (great segue!) – it was a day of firsts for the guys. Alexander Loginov won the race to get his first ever World Cup win and Sebastian Samuelsson was third for his first World Cup podium. I think Johannes has been on the podium before though! 😉

Loginov shot clean to win by 25 seconds. A costly miss in the stand put Boe in second and Samuelsson also hit 10/10 in third. Benni Doll was 4th, Arnd Peiffer 5th and Julian Eberhard 6th all hitting 9/10.

Austria’s Felix Leitner got his personal best result in 12th shooting clean as did Anton Smolski in 26th and Simon Bartko in 50th.

Martin Fourcade missed 1 shot to finish 7th and will start 22 seconds behind Johannes Boe in the pursuit. That should be fun! 😉